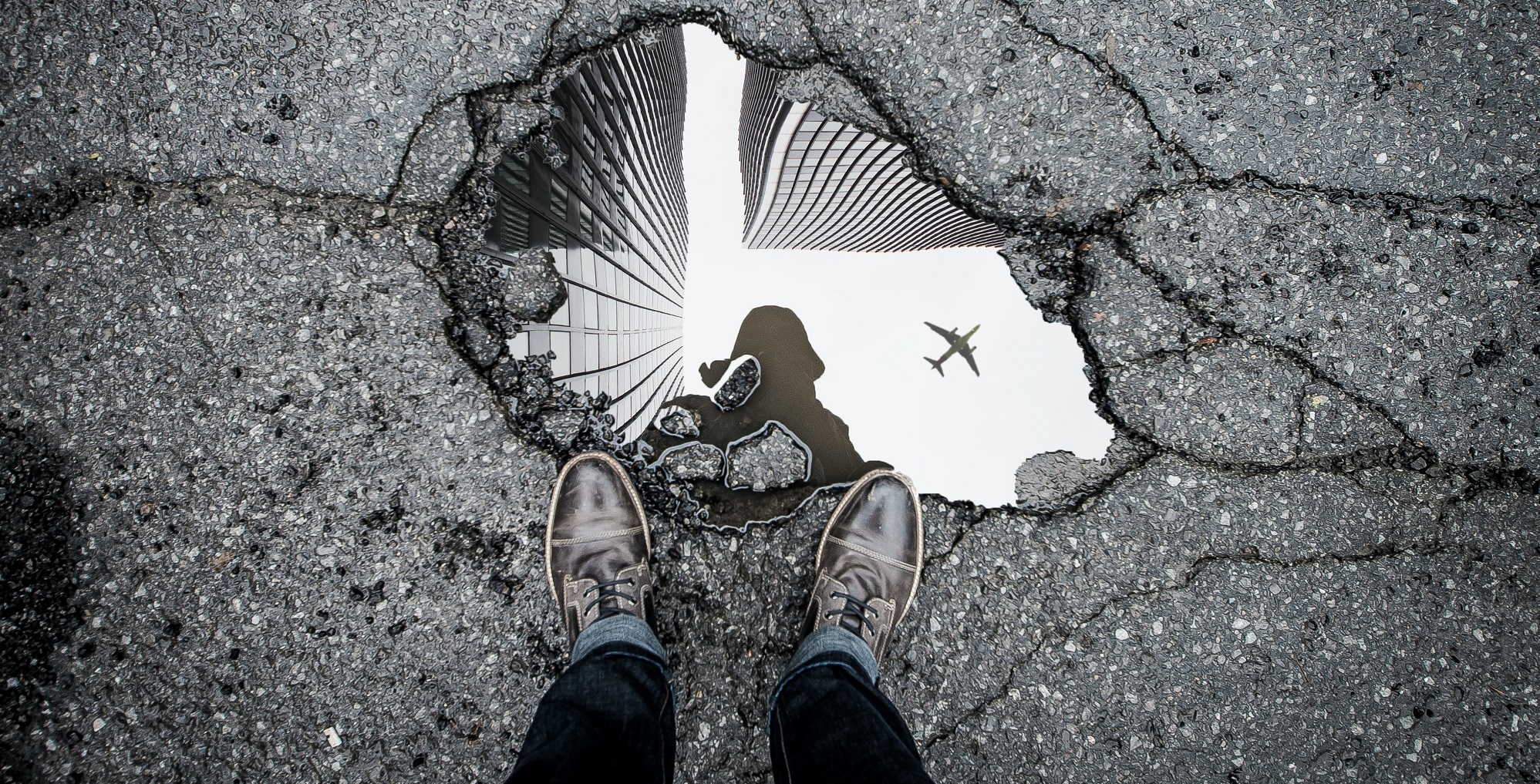 Is it negligent to not look at your feet while walking?

In a recent decision in the Western District of Virginia at Harrisonburg (Beach v. Costco Wholesale Corporation, Case No. 18-cv-92) a woman was found to be contributorily negligent when she fell on the edge of a pothole in a Costco parking lot. Virginia, D.C. and Maryland follow the contributory negligence rule, which means a plaintiff cannot recover damages where it is found the plaintiff’s negligence contributed in any way to the accident, even 1%.

In the Beach case, the plaintiff claimed the pothole was camouflaged because it was filled in with water, which made it blend in with the pavement. On Costco’s motion for summary judgment they introduced photographs that illustrated how the pothole looked immediately after the accident. A motion for summary judgment means one party is asking the court to rule before having a trial because there is no evidence in dispute and therefore no purpose in having the trial. The Plaintiff hoped to have the question of whether the pothole was obscured be a question for the jury, but the court found the claim factually unsupported and it could not survive summary judgment.

The court found that the plaintiff was contributorily negligent by not looking down while walking. The court noted that even though the Supreme Court of Virginia “specifically declined to hold that, as a matter of law, a pedestrian’s failure to look down while stepping forward must constitute contributory negligence in every case” the court can still take into account the facts surrounding the accident and determine that the failure to look down was contributorily negligent.

Explained more plainly, just because you didn’t look down doesn’t necessarily mean you were contributorily negligent. It will all depend on the facts and circumstances around the fall. Though in this case there was not enough evidence to show that other environmental factors such as the cars in the parking lot were enough of a distraction to keep her from looking down, those factors can be a consideration in other cases.

If you have experienced a similar situation or other type of injury, the attorneys at TATE BYWATER are experienced and prepared to help you determine the best course of action for your case. Give us a call to set up a free consultation.

About Ben Ader
Ben joined TATE BYWATER as an associate in October 2019.  Ben is a graduate of William & Mary Law School where he worked as a Graduate Research Fellow and served on the William & Mary Environmental Law and Policy Review.  After law school he served as a Judicial Law Clerk with the Prince William County Circuit Court.  His legal experience includes commercial litigation representing contractors and small businesses and the focus of his practice areas also includes personal injury and domestic relations.
uxicached