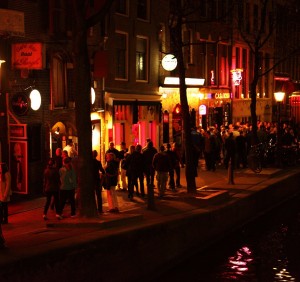 You’ve heard the old saying, “you can’t legislate morality.”  Well, it turns out you can, in some instances.  In recent years the United States Supreme Court has held it is unconstitutional for states to pass laws that prohibit consensual adult sexual activity. Many states, however, including Virginia, still have laws on the books that prohibit various forms of immoral activity such as adultery and fornication.  Criminal statutes like fornication and even adultery are of dubious constitutionality, but crimes involving the “world’s oldest profession” will likely survive a constitutional challenge, in part because of general public health concerns.  In Virginia, all forms of prostitution are unlawful.  Below are a few of the laws passed by the General Assembly of Virginia that criminalize prostitution and its related activities:

Prostitution and Solicitation: Va. Code § 18.2-346 makes it a crime for anyone to commit adultery (sex with a married person who is not your spouse), fornication (sex with an unmarried person), or other immoral sexual behavior in exchange for money or its equivalent. This same code section makes it illegal for anyone to solicit prostitution, meaning that it is illegal to offer money or its equivalent in exchange for sex. The amount of money offered is irrelevant. If you offer to have sex with someone for $10 or $1,000 the law is the same. If you engage in prostitution or seek to hire a prostitute you could be found guilty of a Class 1 Misdemeanor or, in certain cases, a felony.

Keeping, residing in or frequenting a bawdy place: Va. Code § 18.2-347 makes it illegal to keep, reside in, or visit a bawdy place for immoral purposes.  “Bawdy place” seems like an antiquated term, but it means any place inside or outside a building that is used for prostitution. This term is used very broadly and the Virginia Court of Appeals has held “[t]here can be no doubt that the purposes of the statute… [is] to suppress prostitution and  to put a ban on any place where persons go for that purpose.” Consequently, the parking lot or surrounding environs of a motel that is intended to be used for prostitution is included in that definition. Harrison v. City of Norfolk, 431 S.E.2d 658, 16 Va.App., 572 (Va.App., 1993).

These two laws allow the police to target prostitution in the places that it may be initiated, such as the street corner or the internet, and to target prostitution in places that are used to complete the transaction, such as motels, apartments, or even private homes. The police have wide flexibility to charge all parties that are involved in a sex-for-money activity.  As the internet has become ubiquitous police have begun to create sting operations where officers pose as escorts or prostitutes online and make an arrangement to meet in a hotel or similar location to complete the transaction. Defendants who show up will be arrested and may be charged with either of the above crimes.

In a world where sexual relationships are viewed casually, Virginia still strongly enforces its prostitution laws. You should never offer to pay or give someone a gift in exchange for sex or sexual favors. If anyone, in person or online, offers you a sexual favor in exchange for money or some sort of gift, do not accept the offer. In the end, only consensual sex without expectation for anything as a reward or payment will steer clear of these laws.

If you have been charged with either of these crimes, it is important you consult with an attorney . The prosecutor still has to prove its case and experienced lawyers, like the attorneys of TATE BYWATER, may be able to get your case dismissed or to negotiate with prosecutors to amend the charges or have them reduced to avoid the stigma of a prostitution conviction.

** Matthew Kennedy is a recent graduate (J.D.) of the Benjamin Cardozo School of Law in New York.  He joined the firm as a Law Clerk in 2015 and recently became an associate.