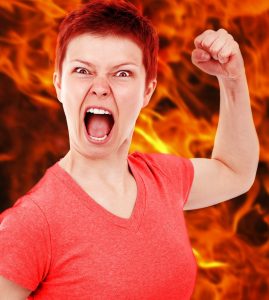 All criminal charges have elements the prosecutor must prove before they can secure a conviction. In Virginia, for example, first degree murder is defined in Virginia Code §18.2-32 as any “willful, deliberate, and premeditated killing.” This means that in any charge for first degree murder, the prosecutor (Commonwealth Attorney) must prove the killing was 1) willful, 2) deliberate, and 3) premeditated. Failure to prove any of the three elements of murder will result in a finding for the Defendant because “the prosecution must prove beyond a reasonable doubt ‘each and every constituent element’ of the crime” Hamm v. Com. 16 Va. App. 150, 153 (Va. App., 1993).

Therefore, a willful and deliberate murder, with no deliberation, cannot be first degree murder. It may be a different crime, but it does not fit into first degree murder as defined by the law. For any criminal charge there must be sufficient proof for EACH element of the crime. Good attorneys understand what proof is necessary for EACH element before they apply the facts to the law in a particular case.

Many crimes require a crime be committed with “malice,” such as arson (Va. Code §18.2-77), malicious wounding (Va. Code §18.2-51),  and burning or destroying personal property (Va. Code §18.2-81).  Though a common understanding of malice suggests a feeling of hate, anger, or ill will against another person, such is not required to prove malice in Virginia. Though it is not specifically defined in the Virginia code courts apply the common law to define malice. See Bell v. Commonwealth, 11 Va. App. 530, 532 (1991). Under the common law, malice arises from “doing of a wrongful act intentionally, or without just cause or excuse, or as a result of ill will.” Long v. Commonwealth, 8 Va. App. 1914, 198 (1989).  Malice does not require a feeling of ill will or hate towards another person, but may be proven by merely showing “a purposeful intent to do a wrongful act.” Hamm. at 154.  Moreover, malicious intent can be inferred for the facts and circumstances of the case including the actions and statements of a charged defendant. See Johnson v. Commonwealth, 53 Va. App. 79, 100 (2008).

By way of example, a Virginia court found sufficient malice to uphold a conviction for intentional destruction of personal property under Va. Code §18.2-81 where the Defendant barricaded himself in his room and lit a fire to burn mementos from his ex-girlfriend. The Defendant did very little to contain the fire, tried to prevent his father from getting into the room, and reacted violently to his father’s attempts to put out the fire. The Commonwealth was able to show that the Defendant purposefully lit the fire and provided enough evidence to allow the jury to determine that the Defendant’s intent was to do a wrongful act and was done with malice. See Yergovich v. Commonwealth, (Va. App., 2016) (unpublished).

Since the burden is on the prosecutor to prove every element of a crime, having an experienced criminal defense attorney that understands the elements and the necessary proof for such elements is crucial. The attorneys at TATE BYWATER have tried thousands of cases and have the knowledge and experience necessary to fight for the best outcome in your case. Whatever the elements are in your case, do not hesitate to call TATE BYWATER.

** Matthew Kennedy joined TATE BYWATER as an associate in 2016.  His areas of focus are immigration, family law, civil ligation, and criminal defense.