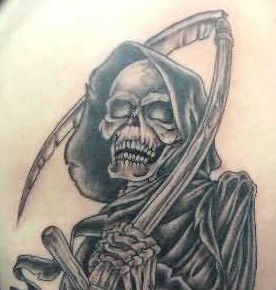 One day I received a phone call from an FBI agent that had worked with me when I was a Federal Prosecutor. The agent’s son had been charged in state court with malicious wounding after a fight outside a bar. The young man had beaten one of his adversaries so severely that he required a hospital stay of about one month to recover. The family was very concerned that their son was in grave danger of going to prison. I agreed to meet the agent’s son and listen to his story.

According to the defendant, he and a friend had walked into a local bar. A short time after they went into the bar, several other young men arrived on motorcycles and parked in the bar’s parking lot. It turned out that the new arrivals were members of a notorious motorcycle gang; and gang members proceeded to go inside the bar and started intimidating bar patrons. One thing led to another, and soon the defendant and his friend were in the parking lot fighting the gang members.

The question at trial was: Do we want to try this case to a judge or to a jury? The prosecutor wanted the Defendant to plead guilty to a felony and to serve a long prison term. The Defendant felt strongly that what he did was necessary to defend himself and that he had not committed any crime. The case was being tried in Virginia, and if we chose a jury and the jury did not like the defendant, they could convict him and give him a lot of time – since in Virginia juries also pronounce the sentence.

However, we did not know which judge would be assigned to try the case if we asked for a bench trial, and we knew that some of the judges would not look kindly on the fight in the first place. The defendant, in consultation with his family, decided to entrust his fate to a jury. As it turned out, the defendant made a wise choice. However, what is interesting about his case is what the judge presiding over the case said to us when we talked with him after the jury’s verdict.

In closing argument I told the jury that the defendant was a hero. I told them that he had saved a damsel in distress in the bar (he cut in when it was obvious that a gang member was harassing a young woman) and had defended law abiding citizens when he and his friend fought against heavy odds in the parking lot. I told the jury that the defendant was an American hero and deserved a medal, not a conviction and prison time for what he did.

The prosecutor spent his time telling the jury about how bad the victim had been beaten. I spent my time telling the jury how evil the victim and his friends were and how courageous the defendant had been to stand against them. The jury retired and spent a couple of hours deciding what to do. When they returned with their verdict, the jury found the Defendant not guilty of the felony, but convicted him of assault and battery and sentenced him to a $1,000 fine.

After he discharged the jury, the Judge said to me: “Jim, you are very fortunate that you chose a jury. I saw the defendant’s records, and he has a tattoo on his shoulder that says, ‘Death.’

If I had been trying this case, I would have convicted your defendant of malicious wounding and given him at least two years in the penitentiary.” I did not know about the tattoo, and I realized then that the defendant has no way to control or know what information may come to a judge who may decide his fate. At least with a jury there is a fair chance that the defendant will know what information the jury considers.

(Excerpt from Chapter 8, “Do I Demand a Jury or Try My Case to a Judge?”, I Am Charged With A Crime, James Tate and Charles Van Hardenbergh, 2015)