Vienna Board of Zoning Appeals Overturned for Barring Screened-in Porch 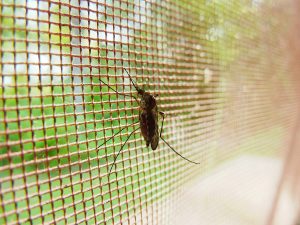 In Kreyskop, et al. v. Town Council of Vienna the Fairfax County Circuit Court overturned a decision by the Vienna Board of Zoning Appeals (BZA) denying a local resident’s application for a variance to build a screened-in porch. The Petitioners owned a corner lot in Vienna near a stream, which caused an unbearable amount of mosquitos. The Petitioners wanted to build a screened-in porch for their back yard but were barred from doing so by a setback requirement. A setback requirement is the distance you are required to maintain between the edge of your property and any structure built on the property.

The Petitioners applied for a variance that would allow them to build the porch despite the setback requirement. The BZA denied their application for three reasons: 1) the house had been occupied for 60 years with no porch so the absence of one did not restrict their use, 2) even if the house was parallel to the property line it would violate the setback requirement, and 3) their situation was no different from others in the neighborhood; therefore, an amendment to the zoning ordinance should be sought rather than a variance. 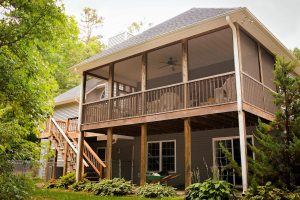 The Circuit Court deemed the first reason given by the BZA to be unfounded because the fact that nobody built the porch before does not mean that the current owners are not unreasonably restricted by preventing construction of the porch now: “The fact that no variance has previously been sought is not proof that no variance is now warranted.” The court agreed with the BZA’s second reason but stated that the third reason was also unfounded. The Petitioners were not similarly situated to their neighbors because they were in a corner lot with a diagonal house footprint, making any expansion opportunities highly impractical. As a result, the Court ordered that the BZA grant the variance to the Petitioners.

The Kreyskop case can serve as a clear precedent for demonstrating unreasonable restrictions on use of property and the individual nature of the restriction on a specific property when compared to adjoining properties.

If you find yourself in a similar situation or face unreasonable zoning ordinances which prevent you from enjoying your property, the experienced attorneys at TATE BYWATER can assist you.

About Ben Ader
Ben joined TATE BYWATER as an associate in October 2019.  Ben joined the firm as an associate in October 2019 with experience in civil litigation representing contractors and small businesses as well as in complex estate litigation and real estate litigation. His legal experience also includes commercial, breach of contract, and other small business litigation representing a variety of local businesses.
uxicached