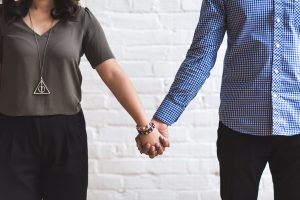 It’s a familiar story: man meets woman, they fall in love, get married and live happily ever after. Turns out, many find “happily ever after” is not really forever. Death or divorce can permanently end any marriage. People are getting married later in life and, consequently, have substantial savings or other assets they bring with them in a marriage that must be protected if the marriage ends. Some religious couples want agreements that give preference to one spouse over the other if a marriage ends in divorce. Other couples just wish to legally formalize expectations after they are married. Such couples may consider getting a premarital or prenuptial agreement, commonly referred to as a “prenup.” Though less common, couples who are already married can also enter into legally binding agreements with each other.

The Virginia Premarital Agreement Act (VA Code §20-147, et seq.) clearly authorizes married persons, or persons who are about to be married, into binding contracts with one another. Marital agreements, or agreements made by a couple who is already married, are determined using the same criteria as those which apply to premarital agreements (VA Code §20-155) which, in turn, are enforceable if otherwise valid as a contract. (VA Code §20-154.) So long as an agreement is in writing and signed by both parties, “[s]uch agreement shall be enforceable without consideration and shall become effective upon marriage.” (§20-149)

Virginia Code Section 20-150 specifically states multiple grounds upon which a marriage contract requiring a post-marriage payment to one of the parties is valid. Under the statute parties may contract regarding:

Under Section 20-150, so long as the marriage contract does not violate public policy, nor is unenforceable under well-established canons of contract law, (you cannot legally contract to break the law) the agreements provisions will be enforceable. This includes religious marriage contracts such as the Mahr, a document common in Muslim marriage ceremonies that acts as a dowry.

In an unpublished Court of Appeals decision stemming from the Fairfax County Circuit Court the court specifically addressed the validity of a Muslim marriage contract:  Afghahi v. Ghafoorian, Record No. 1481-09-4 (Va. App. 3/30/2010) (Va. App., 2010). There, a Sharia/Muslim marriage contract was entered into by the parties which provided that that “[wife] was owed 514 Bahar-E-Azadi gold coins as her marriage portion and that she was entitled to receive them at any time she demanded in accordance with [the marriage contract] executed by the parties in presence of witnesses.” The wife further testified at a court hearing that “by signing the [marriage contract] [husband] had obligated himself to pay her 514 coins upon demand.” The court interpreted the marriage contract to be an enforceable premarital contract between the parties. Appellant argued various grounds for reversal which were almost unanimously rejected on procedural grounds. However, regarding an award of 514 gold coins the Circuit Court held, and the Appellate Court affirmed, that the coins were not part of an equitable distribution under §20-107.3 but were rather part of a binding contract between the parties. The contract was upheld and the coins deemed payable.

Outside of the Sharia/Muslim marriage context, prenuptial and marital agreements are upheld and interpreted by normal contract law provisions. See Pysell v. Keck, 263 Va. 457, 559 S.E.2d 677 (Va., 2002).  Antenuptial agreements, like marital property settlements, are contracts subject to the rules of construction applicable to contracts generally, including the application of the plain meaning of unambiguous contractual terms”; Dielman v. Dielman, Record No. 2520-04-4 (VA 7/19/2005) (Va, 2005)  (“In Virginia, marital property agreements entered into by competent parties upon valid consideration for lawful purposes are favored, and will be enforced unless clearly illegal.”)

Premarital marriage contracts or religious marriage contracts are enforceable prenuptial or marital contracts under statutory and common law enforced by the courts if their provisions do not violate public policy, a statute imposing a criminal penalty, or well-established canons of contract law.

Be warned: care should be taken to avoid the appearance that any provision in a marriage contract is like a “punitive damages” provision under contract law, such as a provision that says if one party commits adultery they will lose 100% of all assets and interests in the marriage. Punitive damages are not upheld in contract law unless the damages from a breach of contract are difficult to determine with specificity in advance and the parties agree the damage provision is an accurate reflection of the actual damages that a breach would incur. Any other use of a punitive damage provision will not be upheld in Virginia and could invalidate a nuptial agreement.

When creating or dealing with important and weighty contract issues, such as marital contracts, it is necessary that you have a knowledgeable and experienced attorney to represent your interests and ensure that the agreement is drafted in such a way to ensure that it will legally do what you intend it to do. The attorneys at TATE BYWATER have decades of contract and family law experience. Contact us today for a consultation to learn more about your options.

** Matthew Kennedy has been an associate with TATE BYWATER since 2016.  His areas of focus are immigration, family law, and criminal defense.