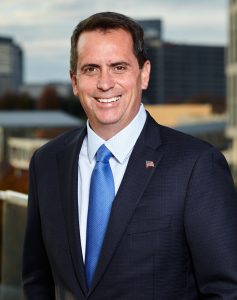 At the United States Attorney’s Office, Jonathan led grand jury investigations in cases involving RICO, drug trafficking, human trafficking, public corruption, and white-collar offenses.  For his work, Jonathan received multiple awards, including the Attorney General’s John Marshall Award, for the prosecution of a serial killer and sexual predator.  Jonathan held several leadership positions within the office, including serving as the Chief of the Special Assistant United States Attorney Section, where he trained and supervised attorneys in the prosecution of felony and misdemeanor cases. He also regularly conducted training for law enforcement agencies on legal and ethical issues.

In addition to his work as a criminal prosecutor, Jonathan has significant leadership experience within the Executive branch.  He served as the General Counsel with the White House Office of National Drug Control Policy (ONDCP).  He also served as Deputy Assistant Secretary at the Department of Homeland Security (DHS), Acting Principal Legal Advisor and then Acting Director for Immigration and Customs Enforcement (ICE).

Jonathan served as an Adjunct professor at the American University, Washington College of Law and at George Washington University Department of Forensic Science.

Jonathan is a graduate of James Madison University and the University of San Diego School of law.  Jonathan grew up in Northern Virginia, where he lives with his wife and three children.